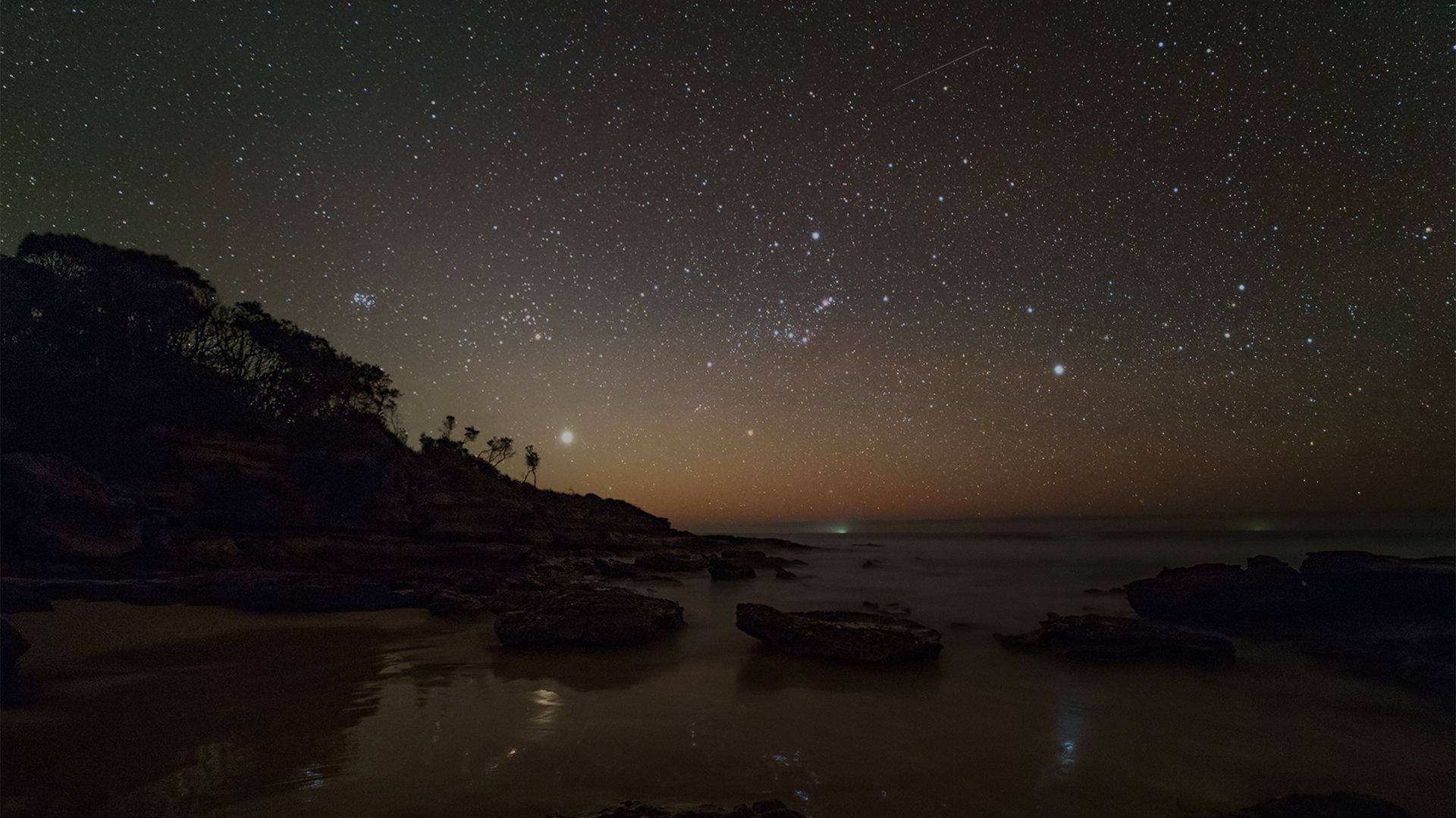 After chasing it for more than two years I was finally rewarded with two displays of Aurora Australis (Southern lights) within a week visible from Mornington peninsula, not far from Melbourne. The nights were warm an clear and the Moon was not in the sky either – I could not have asked for better conditions.

The red color of this aurora is caused by the charged particles from the Sun exciting oxygen atoms high in the Earth’s atmosphere. Hopefully there will be more to come as Sun’s activity increases in 2012-13.

Being able to photograph it all night I came up with a nice video. The brighter Aurora happened on January 22nd and the smaller one, featured in the middle section, was from January 16th, followed by a rather bright Moonrise.